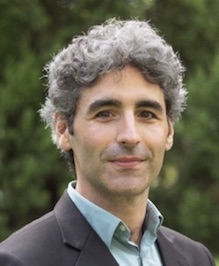 “Chinese tourism is FIT and healthy.” That is the situation, as summed up by Olivier Ponti, VP Insights at ForwardKeys, which forecasts travel trends by analysing over 17 million flight booking transactions a day.

But what is behind this assessment? “There are two major trends…”, replies Olivier, “…there is increasing enthusiasm to travel independently, as opposed to in groups (in the travel industry, independent travel is called FIT), and more people are seizing the opportunity to travel abroad over major public holidays.”

ForwardKeys’ analysis of outbound tourism in the first four months of this year reveals that independent (FIT) travel grew by 12.7%. “It reflects a growing confidence in doing one’s own thing”, said Olivier, “particularly in the case of younger and more experienced travellers.”

The trends were particularly marked during the Chinese New Year, at the end of January and early February, which is the busiest time for Chinese outbound travel, accounting for around three quarters of total international air departures during the first three months of 2019.

Chinese FIT outbound travel grew by 18.8% during 2019’s Chinese New Year holiday, compared to the equivalent holiday period in 2018. “The growth was extraordinary, given the ongoing trade tensions, currency inflation and a slowing economy.” Opined Olivier. 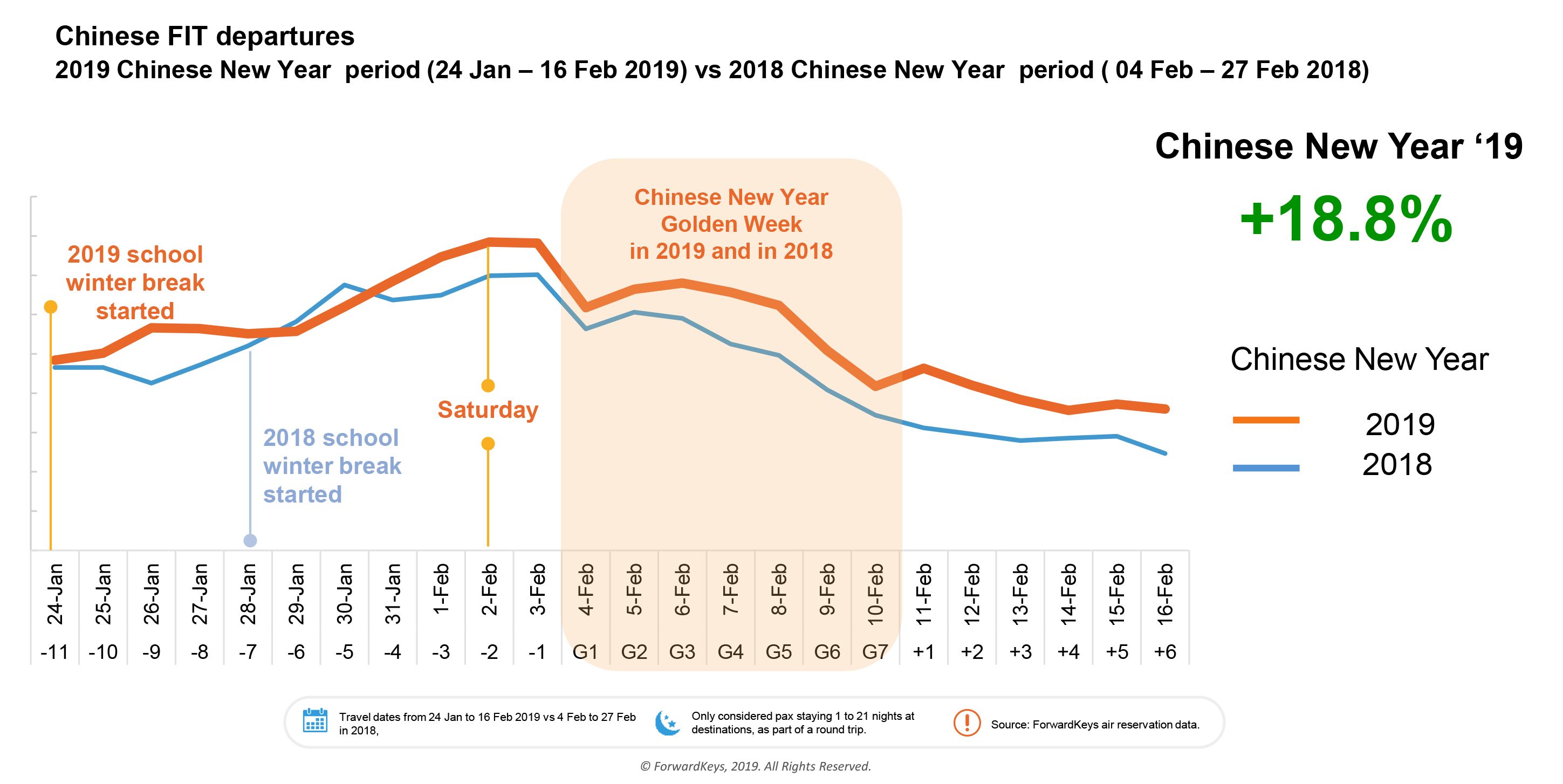 FIT travel has also surged (and is set to surge) over recent and upcoming public holidays, Qingming on 5 April, Labour Day at the start of May and the Dragon Boat festival on 7-9 June. “The way the Chinese government has allocated public holidays has created more opportunities for people to take breaks abroad. For example, in 2019, the Labour Day holiday has been extended from one day to four days, May 1-4, for 2019, which means that, this year, Chinese travellers can take three days of paid leave and enjoy an 8-day vacation.”

In Q2 2019, 88 flights per week are scheduled between China and the UK, up from 65 weekly flights in Q2 2018.  And there is more to come, as bilateral trade agreements provide for further capacity growth from China to the UK, France and Italy.

The strong growth is being fuelled by Shanghai, where FIT outbound bookings for a trip between May and August are 22.4% ahead compared to the same period in 2018, Guangzhou where they are 28.7% ahead and eleven second tier cities which are collectively 25.8% ahead.

Olivier cautions businesses that have a dependency on travellers: “It is important to notice that trends can vary significantly from one year to the other and marketeers can’t just repeat what they have done the year before. Destination popularity can be heavily influenced by currency fluctuations and by immigration rules.” This year, a few countries have eased their visa regulations in a bid to attract more Chinese visitors. For example, Ukraine has introduced an e-visa from 1st January. Singapore now allows Chinese travellers to enter visa-free for up to 96 hours, either on the way to a third destination or on the way back home and Japan further simplified the visa application process for Chinese students and repeat visitors.

ForwardKeys will provide deeper insights into Chinese outbound travel, including forecasts based on forward-looking data, during a webinar on 21st June.