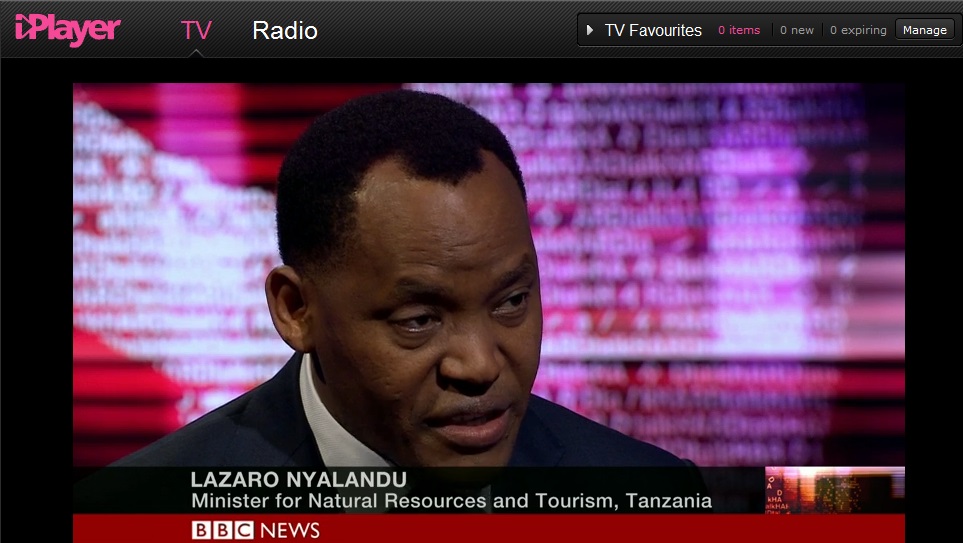 Twenty six hours prior to the start of the Wildlife Conference hosted in the UK by the Prince of Wales and the British Foreign Secretary, Tarsh was briefed by Tanzania’s Minister for Natural Resources Tourism to assist in gaining media coverage of his government’s position on poaching.  During the conference and the day after, Tarsh secured interviews for him with several prestigious media, including China Central Television, the Guardian, People’s Daily Online, Sky TV News, the Spanish news agency EFE and several shows on the BBC, including Hard Talk, the following week.

The Minister extended his stay in London to rehearse with Tarsh in a TV studio for the Hard Talk interview.  Tanzania’s position on poaching received global media exposure and in Tanzania the Hard Talk interview was so well received that the Minister promised Tarsh an official letter of thanks for outstanding services to the Country; the government asked the BBC if it could purchase a copy of the interview for re-broadcast domestically and the BBC expressed interest in visiting Tanzania to make a documentary and to interview the President. 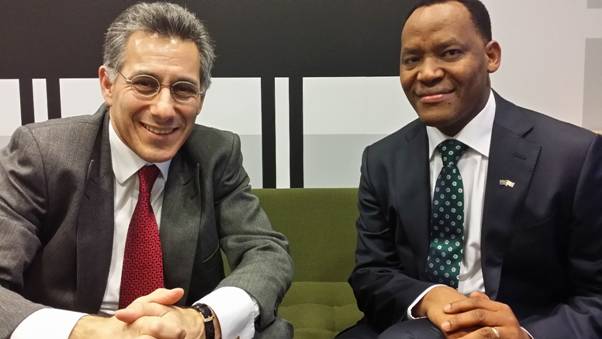 In the Greenroom before the interview with Stephen Sackur.