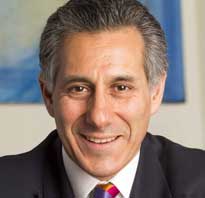 David has advised and assisted more than 60 blue chip companies in many sectors of the economy, including BT, Compaq, Disney, ExxonMobil, GSK, HSBC, IBM, Microsoft, Nokia, OctopusTravel, PwC, The Stock Exchange, Volkswagen, the World Travel & Tourism Council and five departments of the British Government. He has been responsible for numerous campaigns that have spanned the whole marketing mix and has won more than a dozen Gold awards for effectiveness and creativity. In 2006, he was named Sales & Marketing Interim Manager of the Year for his work with The World Travel & Tourism Council.

He has over 30 years business experience that includes client facing roles at several leading marketing services companies: Saatchi & Saatchi (advertising), Valin Pollen (financial and corporate PR), Maritz Ltd (motivation and loyalty) and HP:ICM (live communications). During the period he was Sales & Marketing Director of HP:ICM (1997- 2000), the company won a Queen’s Award for Enterprise, on account of its strong business performance, doubling sales and exports over a 3-year period.

David is also known in the Business Communications industry as a speaker at conferences and as an Awards Judge.

He has a Cambridge Law degree, an INSEAD MBA and a Diploma from the Academy of Executive Coaching.

“David is a pleasure to work with. He is very discreet, very professional and can deal with sensitive issues in a calm and confidential manner. His support is very valuable to managers who are often isolated in not being able to share their concerns with other colleagues. I would highly recommend David’s skills…” Managing Director, Global Travel Company 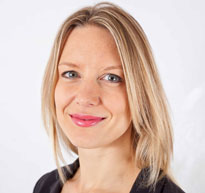 Anja has ten years' experience in media and communications and has worked extensively with David on numerous assignments for the World Travel & Tourism Council (WTTC) and one for the tourism minister of Tanzania. She was also the Account Manager on Tarsh Consulting's assignment for the US luxury tour operator Tauck.

At WTTC, Anja has also managed the Tourism for Tomorrow Awards, known as the gold standard of recognition in sustainable tourism.