Independence Day weekend is the highlight

July 1, 2020 — ForwardKeys, the travel analytics company, has revealed that a rebound is underway in domestic aviation in the United States and the high spot is the upcoming long weekend to mark American Independence Day.

where can i buy Pregabalin online 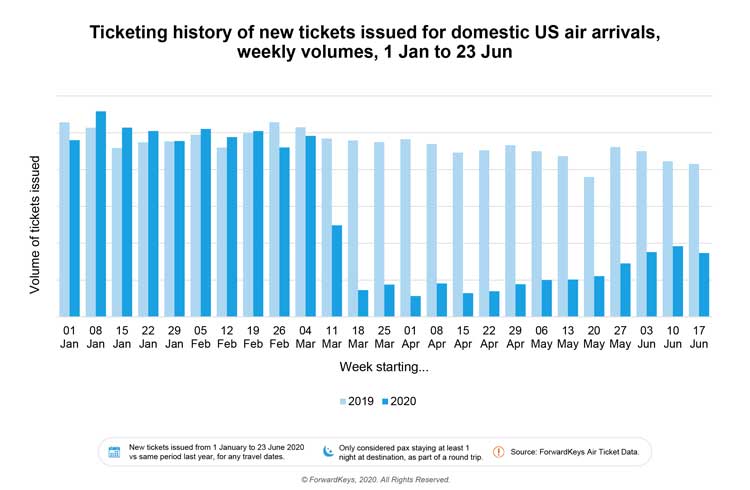 Nagold An analysis of new flight tickets issued between the start of the year and mid-June shows that the bottom of the market was during the first week of April. From then, there has been a steady climb, reaching 42% of 2019 levels during the third week of June.

http://marbellagrand.com/ Closer analysis, by type of tickets issued, shows that the recovery is being driven much more strongly by leisure bookings, which have substantially outpaced business bookings since the collapse in the market in early March. 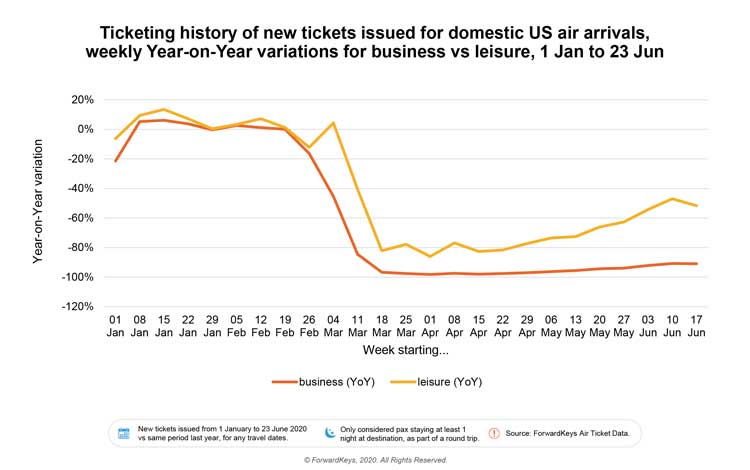 A likely reason why this year’s Independence Day travel bookings are relatively less badly affected is that July 4 falls on a Saturday in 2020. Consequently, a public holiday is created on Friday July 3 and, with it, the opportunity for a long weekend break without having to take time off work, whereas it fell on a Thursday last year. 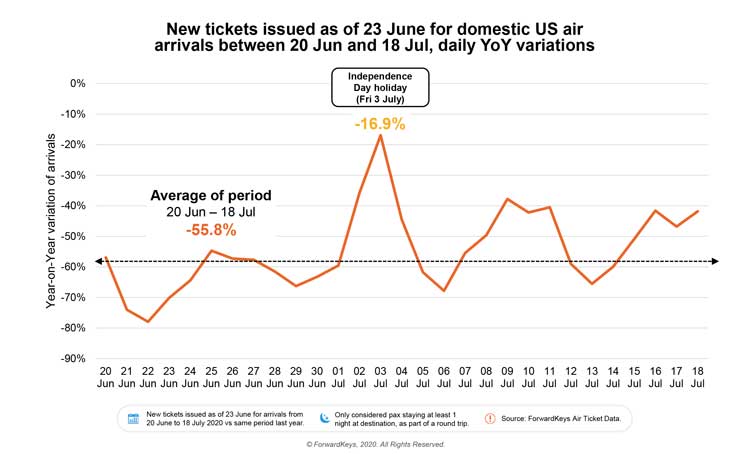 Economists are expected to pay careful attention to signs of recovery in the aviation sector, because domestic tourism represented 4.5% of the US economy in 2019 – a trillion-dollar industry, according to the World Travel & Tourism Council.

Olivier Ponti, VP, Insights, ForwardKeys, said: “It’s inspiring to observe that a rebound is underway; and that Independence Day is the high-water mark. However, a major unknown is how the COVID-19 outbreak will progress and how significantly the latest spikes could arrest the recovery in flight bookings.”