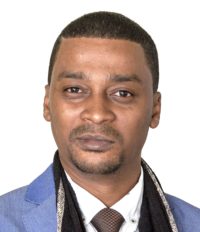 A study undertaken by ForwardKeys, which analyses over 17 million flight booking transactions a day, reveals that Madagascar, which is a magnet for nature-loving tourists thanks to its unique flora and fauna and its unspoilt, authentic character, looks set to experience a tourism-driven boom this year. Visitor arrivals in Madagascar in 2018 were 8% up on the previous year and they are 19% up in the first five months of 2019. 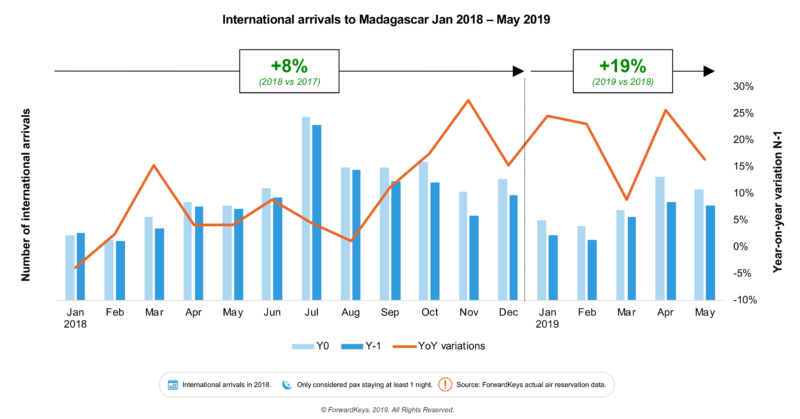 A detailed breakdown of Madagascar’s top ten origin markets shows that in the first five months of 2019, there has been a strong improvement in booking trends. Arrivals from France (excluding the Reunion Island), which is the most important source of visitors, were 33% up on 2018; arrivals from the ‘Vanilla Islands’ (Reunion, Mauritius, Mayotte, Comores and the Seychelles) were 21% up and from Italy were 37% up. Markets which had experienced declines in late 2017 and early 2018, South Africa, Germany, Great Britain and China, all returned to growth. Only the USA, which is Madagascar’s 8th most important origin market, continued to decline but the degree of decline fell. 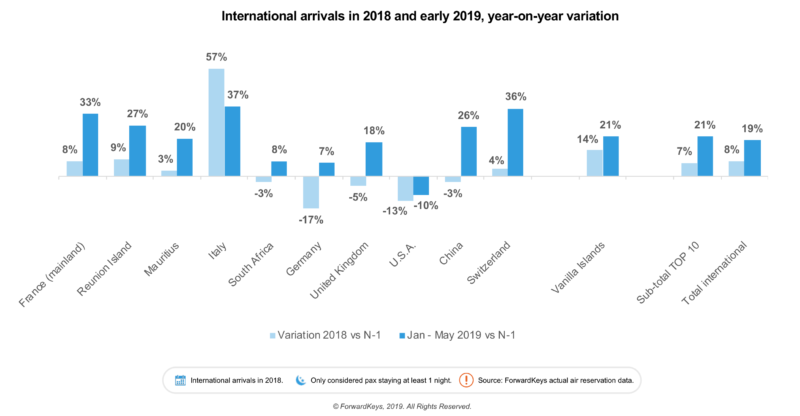 The outlook is even more encouraging. Forward bookings for the period June-August (inclusive) are 34% ahead of what they were at the beginning of June last year and from the top ten origin markets are 38% ahead. 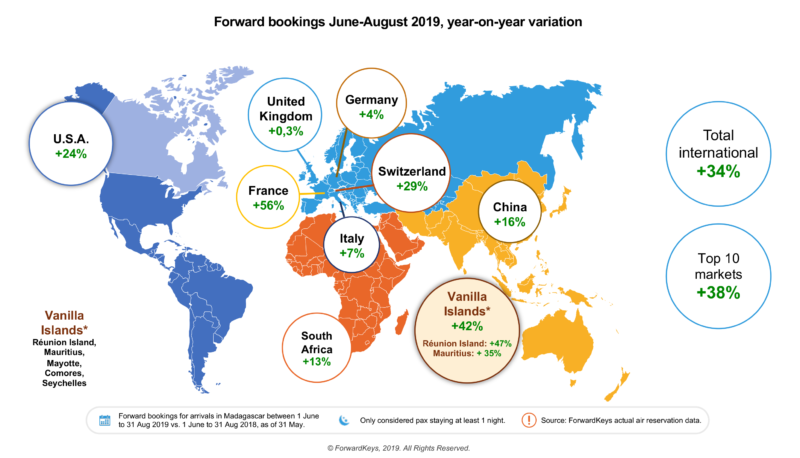 The most significant factor driving the improvement is a substantial increase in seat capacity. For example, during the first nine months of 2019, capacity to Europe has increased by 81% on Air Madagascar, the island’s most important carrier, with almost a third of the market. This June, the airline started a new twice-weekly service to Johannesburg. Other key airlines such as Air Austral or Air Mauritius are also increasing their capacities to Madagascar, by 23.6% and 3.8% respectively for January to September, compared to the same period the previous year. In 2018, total international seat capacity had grown by just 1.8%. 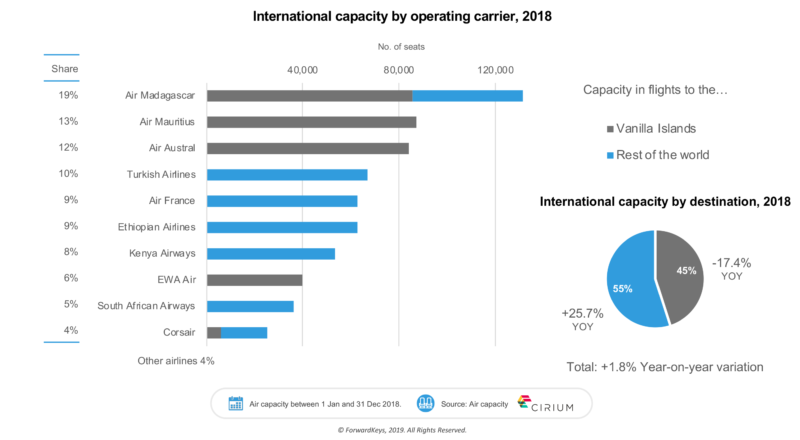 Over three quarters of visitors to Madagascar are tourists who stay for more than two weeks and 19% stay longer than a month. This relatively long length of stay is a key driver of economic growth for the destination. 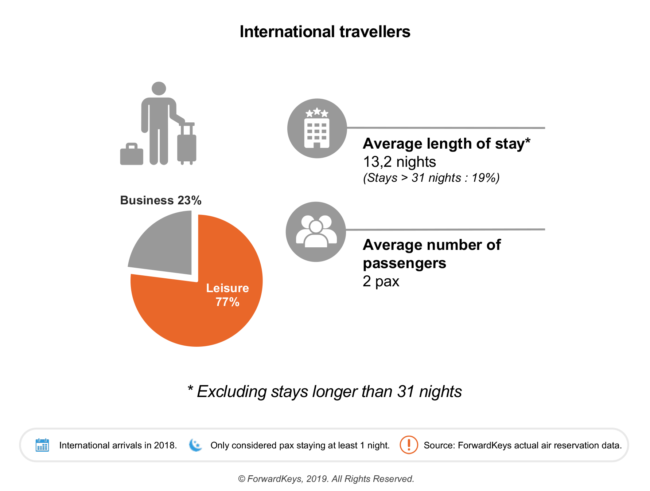 Olivier Ponti, VP Insights, ForwardKeys, concluded: “According to the World Travel & Tourism Council, Tourism is responsible for 15.7% of Madagascar’s economy and 33.4% of its total exports, so the increases we are seeing in air traffic lead us to expect that the country will experience a tourism-driven boom this year.”