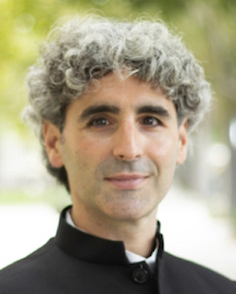 A study for World Travel Market, undertaken by ForwardKeys, the travel analytics firm, has produced rankings of the top long-haul inbound tourism markets for the UK and how they have evolved over the past year and the past five years. The first ranking identifies the top 30 countries and the second, the top 50 cities. The rankings are based on flight bookings to the UK for the moving year, 1st October 2018 – 30th September 2019, benchmarked against the same dates one year before and five years before. This time period has been chosen in order to be as up to date as possible.

The top three positions in both lists have remained unchanged over the past five years; for countries, the order is USA, Australia, India and for cities, it is New York, Hong Kong, Sydney. However, as one looks down both lists, there have been some very significant risers and fallers. During the past year, Nigeria has made it back in to the top 10 countries, kicking out the UAE, and Bangladesh has made it into the top 30, replacing Chile. Impressive growth has been recorded from several markets, most notably Bangladesh, up 32.5%, China, up 19.8% and Taiwan, up 16.0%.

Behind these changes are some strong trends, including the continued growth of China and other Asian economies, the strength of the US dollar, improvements in connectivity, recovery of commodity prices, particularly, oil, the Argentine debt crisis and the attractiveness of cricket world cup! The country ranking is shown in the table below. 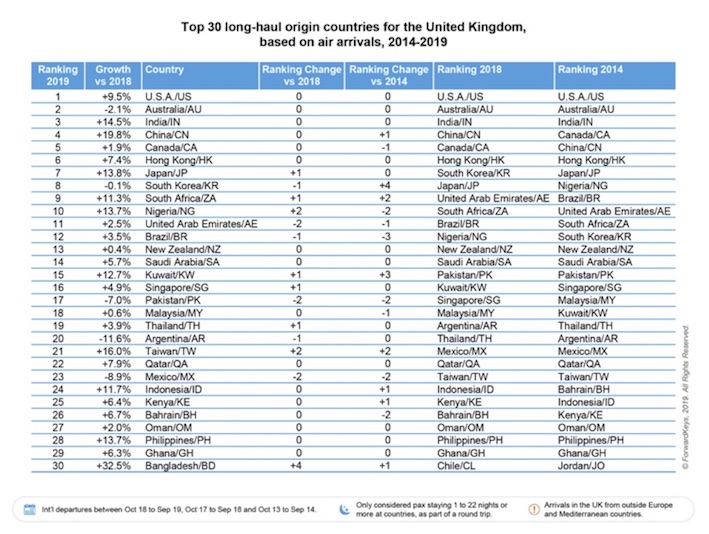 When it comes to cities, the most notable risers during the past year are Abuja, Delhi, Miami, and Seattle, all of which have climbed four, or more, places up the ranking. The notable fallers are Dubai, Buenos Aires and Mexico City, which have all fallen thee or more places. It is also notable that all the major Australian cities, except Melbourne, have suffered a decline in bookings.

Olivier Ponti, VP Insights, ForwardKeys, said: “There are some general principles that explain why origin markets become stronger or weaker, including performance of the local economy, currency fluctuations, airline competition and major events. However, if there is one trend in the data that I find particularly interesting; it is the rise of second tier cities and it is most marked in the two leading outbound travel markets, the USA, where sixteen cities feature in the top 50 list and China, where growth for the country exceeds the growth of its two biggest cities.”

The city ranking is shown in the table below. 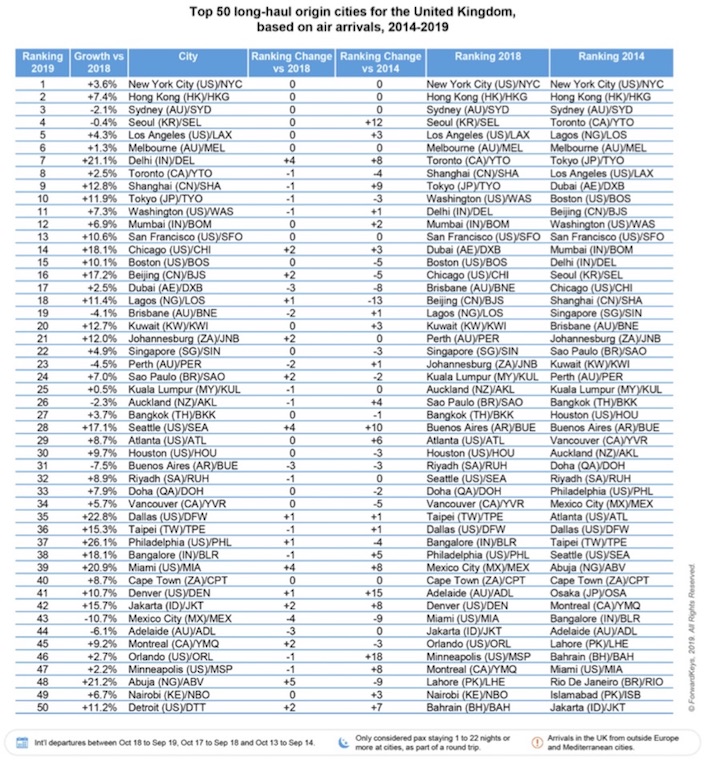 Claude Blanc, WTM Portfolio Director, said: “This is a fascinating study from ForwardKeys, revealing who is travelling long-haul to visit the UK and how the inbound market is changing over time.  Whilst I am struck by the degree of growth from so many different parts of the world, I’m also intrigued to see it quantified by origin market as that kind of intelligence will help us focus our own business development efforts. These rankings will be useful to everyone who is in business promoting the UK.”